Ready to get your visa?

What could affect the visa status of UK passport holders post-Brexit?

The race for PM is gaining traction and there is a clear split between those determined to reach a deal and a handful willing to leave the EU with no deal on the table. In terms of movement around the EU, it’s much more likely that Brits will be able to enjoy a more streamlined travel process if a deal is reached. Leaving without a deal could result in months or even years of negotiations reaching agreements with EU member states, as well as non-EU countries which currently look favourably on passports bearing  European associations. With the European Union wording already being omitted from our travel documents, could this knock our passport strength rating down from the 5th highest in the world?

Brits only currently require a full pre-travel visa for 33 countries, including China, Russia, Cameroon and Equatorial Guinea. There has been speculation so far between a possibility of a 7€ evisa, or a special agreement to retain a level of the visa-free movement we currently enjoy. One of the biggest issues is our current status of residing outside of the Schengen Zone.

What is the Schengen Zone?

In a nutshell, a Schengen visa allows nationals of countries outside of the Schengen zone to travel within the area without the need to apply for several visas.  It covers an area in Europe which consists of 26 countries, where control at their mutual borders has been abolished. Even as an EU member, the UK doesn’t form part of the Schengen zone and manages and issues its own visa policies. To read more about the Schengen visa, check out our blog post series here.

There are some relatively new EU members which are obliged to become a part of the zone soon, but as we will be leaving the EU completely, our ability to negotiate movement will become even more strained.In addition, currently if a non-EU citizen has a family member (child, spouse, parent) who is an EU passport holder, the process of getting a Schengen Visa is much easier and cheaper for the applicant. It’s possible this perk could be removed post-Brexit.

Will we need to relax our visa legislation in order to make it easier for us to negotiate?

Entering the UK for non-EU citizens is currently a rigorous process. If we wish to retain the privileges we currently enjoy at passport control, we may need to look at ways of relaxing our entry regulations in order to improve relationships with popular tourist destinations.

Many countries have recently announced innovative shifts in their visa processes to make it easier for people to apply. This includes switching the application process to an online version, minimising travel and increasing the speed of completion from up to several weeks to a matter of days. This is a real boost to tourism and allows other countries to look favourably on these destinations when reaching visa deals.

Will the recent changes to UK Passports have an effect?

The passport office recently decided to start omitting the wording of “European Union” from all newly issued UK passports. It’s projected that passports issued after the Autumn of 2019 will also revert to the blue covers of the pre-EU design.

We can’t be sure how much of an impact these changes will have, but there will be a period of transition for new applications and renewals. We expect the required remaining validity of your passport will increase up to 6 months, as is currently the case for most pre-travel visa applications. At the moment, as long as your passport is valid for the duration of your trip, you will be granted entry to most European countries.

When will changes to visas come into effect?

Whilst it’s unlikely changes to travel and business visas will be made overnight, they certainly won’t be drawn out. It’s possible that entry visas will be imposed whilst negotiations are ongoing. If it is feasible to reach a deal with the Schengen Zone as a whole, rather than with individual states, this will likely speed up the process and bring some clarity to Brits wishing to book their holidays or travel to see family post-Brexit.

With the Schengen Zone being in such close proximity and so important to the UK from trade to travel, great effort will be dedicated to reach a deal. It’s almost certain that some form of process will be in place by 2021, but whether this is simply an entry stamp, an online e-visa, an ESTA scheme similar to the US and Canada, or a full pre-travel visa application remains to be seen.

If we need an entry visa post-Brexit, what could this mean for UK tourists?

Some countries currently offer a visa-waiver scheme to UK citizens. The USA allows a pre-travel authentication, which can be processed online in a matter of days, whereas Egypt offers both a pre-travel e-visa or the option of a visa-on-arrival. Whilst some destinations will be keen to retain these processes in order to stabilise the volume of British visitors, it’s entirely possible that immigration will become more stringent when reaching your destination.

Passport checks may include additional questions regarding your reason for travel, proof of your ability to financially support yourself during your stay and an itinerary of your plans during your visit. Whilst this isn’t a problem for some, many enjoy the freedom of travelling around Europe more spontaneously. If a set itinerary becomes a requirement post-Brexit, it could affect the travel plans of many moving forward.

At the very least, as a non-EU state, UK citizens will  require an entry stamp in their passports. This ultimately means queuing at an immigration desk, rather than strolling directly through the gate. Not getting an entry stamp can often result in fines when you try to exit a country which requires them, so ensuring you obtain proof of every stage of your journey is imperative to avoid penalties.

The positive outlook remains that we may still reach a deal with the EU and be in a better position to offer visa-free movement in both directions. In the event that no deal is reached, it could mean pre-travel visa application forms with reams of supporting documents for some destinations which were previously easily accessible. However, it’s more than likely that the impact will be muted by whatever schemes come into place post-Brexit.

As a travel visa agent, we will of course be following progress on this particular issue very closely, and bring you any updates on deals as they are reached throughout this uncertain period.

Getting in touch for a travel visa

In the meantime, if you are travelling to a destination which does currently require you to hold a visa and you are based in the UK, we can help. Get in touch with our friendly visa specialists by visiting our site and request a personalised quotation based on your requirements. You can also give us a call directly on +44 (0) 330 088 1142 (option 3), send us a text message via WhatsApp, use our live chat system, or e-mail us at visas@vitalconsular.com.

Melanie is a Digital Marketer and TEFL Specialist at Vital Consular. Before taking up a Marketing role, she spent 3 years building up a rich knowledge of global legalisation processes on the operations team. When she's not working, Melanie enjoys attending music events and pursuing many creative interests including screen printing and merchandise design. 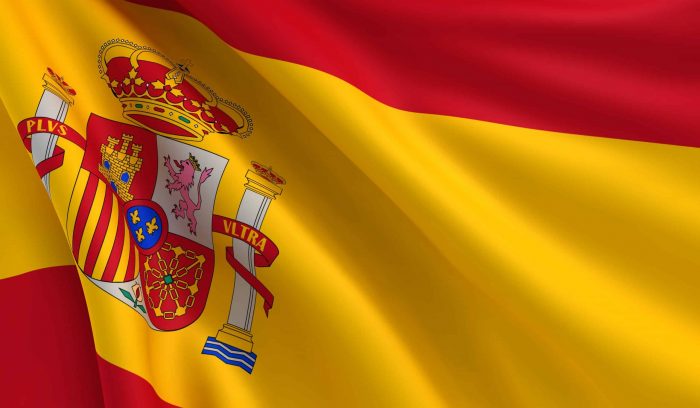 Moving to Spain after Brexit from the UK

Tired of the UK? Looking to move to sunny Spain? Don't blame you. Read on to see how you can make it happen.
continue Reading

Relocating to Spain can feel like a confusing process when you have so many documents to gather. Even if you've been living there for a while, changes in status due to Brexit is leaving lots of people in an urgent situation trying to apply for their residence visas in order to stay in the country. Here we look at the popular Non-Lucrative Visa and what's required to obtain it.
continue Reading

This is the third and final part of our Schengen Visa series. Many tourists choose to make the most of their trip to Europe by travelling to several countries in the Schengen zone, which is where the perks of a single visa application for multiple countries really comes into play. It does however also bring complications when it comes to knowing how to get a Schengen Visa Appointment.
continue Reading

Travel to Europe Post-Brexit – How much of a headache will it be?

With the political landscape currently in a state of deep uncertainty, one of the biggest worries for Brits is how this will affect their ability to travel within Europe post-Brexit. So far, speculation has been rife and until Brexit passes one way or another, it's hard to know for sure how travel after Brexit will play out. With so many British expats all over Europe, as well as tourists who flock to the mainland at least once a year, we look at how this could potentially be handled in the future.
continue Reading

The document requirements for Schengen Visa applications from the UK can be confusing, especially as each destination has their own unique guidelines as to what must be provided. Following on from last month's Introduction to Schengen Visas, we demystify this complex subject, giving you a simple and to-the-point explanation of what paperwork you must submit in order to be issued one of these travel visas.
continue Reading

Schengen Visa Guide Part 1 – What is it and who needs one?

What is a Schengen visa? The topic is both vast and complex. With this in mind, we have decided to create a series of blog posts on this topic to ensure we can answer as many questions and concerns for you as possible.
continue Reading