I was adopted – how can I get a copy of my new birth certificate?

I was adopted – how can I get a copy of my new birth certificate? This is a question we’re asked regularly here at Vital Consular. The adoption process and the way records are dealt with has changed a lot over the years, as has the terminology that is used around them. This often causes confusion, and the adoption certificate you now require may not be the same as the original document you had. So, is it possible to get a new birth certificate once you have been adopted?

This week’s blog post is brought to you by our Certificates Administrator, Jess Petch, who specialises in all types of personal documents for the UK. 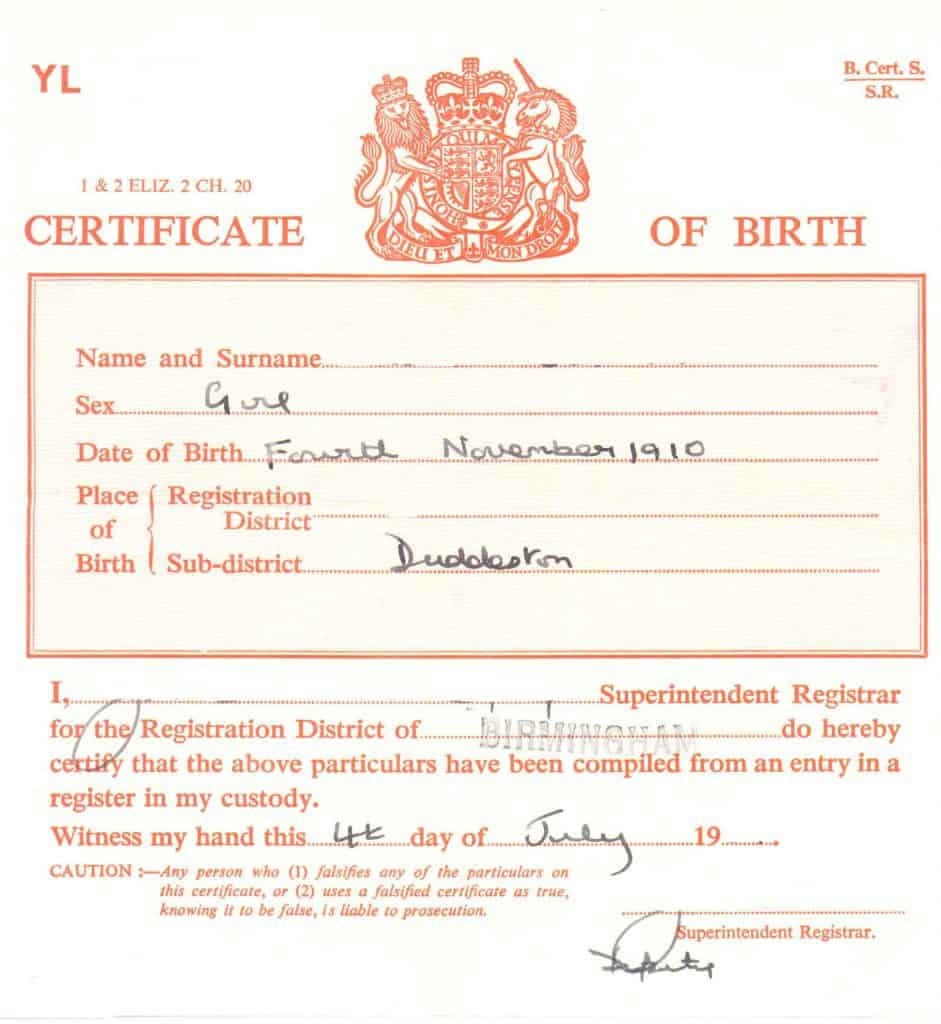 Because adoption was considered to be a taboo topic in the past, the short form birth certificate was issued to prevent the adoption from becoming public knowledge and to avoid people asking questions. It also served to protect the adopted child from finding out they were adopted, as well as to allow the adoptive parents to make the decision as to whether or not they wanted to inform their child of the adoption.

Therefore, for an adopted person, the short form birth certificate refers to their adoption record, not a revised birth record as most would assume! Thankfully, attitudes towards adoption have changed dramatically as time has passed so what once was a very hidden and private process is now looked upon much more openly.

In any case, once the adoption has been granted, an adoption certificate is produced, and this legally replaces the original birth record. The biological birth record then becomes more of an historic document and will have an amendment to state that an adoption has occurred so that from that point on it will not be recognised as suitable for any official purpose, such as obtaining a passport, driving licence or job application.

Why can’t I just use my original short form birth certificate for ID?

Your original birth certificate is no longer valid as it doesn’t reflect your legal identity. Even if your first name stayed the same upon your adoption being granted, your surname will likely differ; in any case, your biological birth record is not classed as your legal document anymore. It doesn’t matter if you were only a few days or months old at the time of your adoption, or if you were adopted by one parent, alongside a biological parent instead of a couple. If an adoption occurred, an adoption record will have been produced. For any official purpose, it’s always best to produce your adoption certificate as this indicates who you legally are!

So what will my adoption certificate show?

In some ways, the adoption certificate is very similar to the birth certificate. Both will reflect the full date of birth and sex of the child. However, the full name listed on the certificate will be the adopted name; depending on the circumstances, the forename may or may not have changed but there will be no reference on the certificate to the original name given at birth. The country of birth will always be shown; however, it is dependent on the situation whether or not it is broken down into a district and sub-district. If a child born in the United Kingdom has been adopted, district and sub-district will likely be listed; however, if the child was born overseas, it is more than likely that only the country of birth will be present on the document. 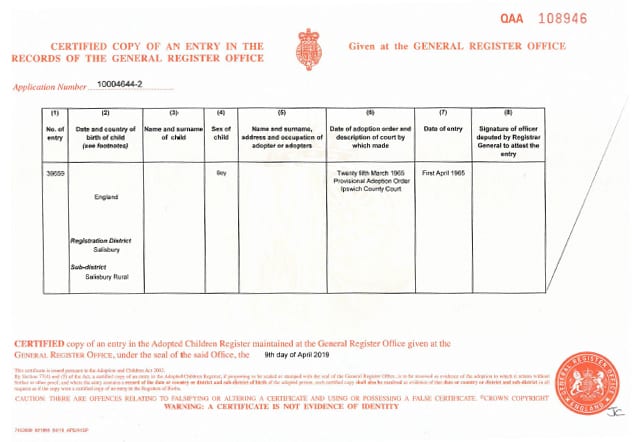 The certificate will also contain details about the adoptive parents, more specifically their names, occupations and the home address. The final pieces of information recorded relate more to the actual adoption process, namely the date the adoption order was officially granted and the name of the court which granted it, as well as the date the adoption record itself was first produced.

The way birth records and adoption records are stored also differs. Birth records are open records, which means they are legally allowed to be transcribed to an electronic database. As a result, we can use our archive preview system to find the reference numbers associated with your birth record and have it issued within ten working days!

However, adoption records are classed as closed records; as you have more than likely guessed, these records are not allowed to be transcribed to an electronic database so we cannot search for them. Therefore, a manual search is required; we submit the request to the archive, they search their records to find the applicable one and then, so long as all the information on the request matches that on the record, the certificate is issued. As you can imagine, this process can take quite a while, so when an adoption certificate is ordered on our standard service it can take up to 4 weeks for the certificate to be issued.

In a hurry? Our priority service means we can obtain adoption certificates (as well as birth, marriage and death certificates) in just three working days!

Can you obtain my original full birth certificate for me?

In theory, we can! However, it is important to remember that you will need to know your name at birth, as well as the names of your birth parents. For some people, these details can be easily provided, but for others it can be close to impossible if that information is not known. We will always do our best to support you in your search!

Melanie is a Digital Marketer at Vital Consular. Before taking up a Marketing role in the company, she spent 3 years building up a rich knowledge of global legalisation processes on the operations team. Having helped hundreds of customers from across the world with their documents, she now loves passing on her specialist knowledge and support via Vital’s blog.